The first ever SynbiTECH Virtual conference was a great success. Highlights will be posted shortly. Thank you to all speakers, sponsors and attendees.

Take a look at some of the highlights from SynbiTECH 2019

Don't miss your chance to join the event and post your questions to our world leading speakers. With the fast-growing global population, our rapid use of the world's finite resources and the damaging impacts of climate change on the environment, there is an URGENT need to radically re-think how to sustain future human activity. Bring your expertise and contribute to the debate.

Using our online business match-making system, join world-leading experts to discover the many opportunities created by the synergy between biology, engineering and technology. There is still time to register and be involved.

An opportunity to showcase knowledge and innovation across synthetic biology. Demonstrate to our expert audience how your business is delivering a difference, the value of your technology and discover potential partners and customers.

Log-on and listen to the innovators driving a synbio revolution that will transform our world for the better. SynbiTECH Virtual 2020 is THE synthetic biology event for sharing ideas from brilliant minds in science, engineering and technology.

SynbiTECH Virtual 2020 will bring together the most informed and passionate pioneers in synthetic biology. Our speakers will be discussing a huge range of important topics including sustainability, biomaterials, transport, energy, food, DNA storage, biosecurity, investment and much, much more.

Speakers from across the world will share their opinion, insights and expertise at this not to be missed event as we accelerate toward realising synthetic biology's true potential.

This is not just another online webinar. Take a look at an exclusive preview of our new virtual platform here. 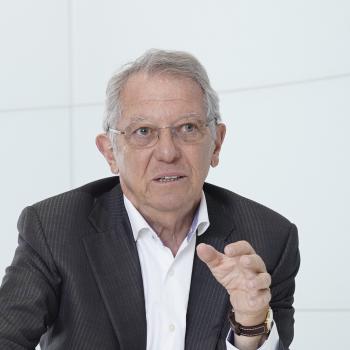 Professor Sir David King is Founder and Chair of the Centre for Climate Repair at Cambridge; Emeritus Professor of Chemistry, University of Cambridge; an Affiliate Partner of SYSTEMIQ Limited; and Senior Strategy Adviser to the President of Rwanda. He served as Founding Director of the Smith School of Enterprise and the Environment at Oxford University, 2008 -2012, Head of the Department of Chemistry at Cambridge University, 1993-2000, and Master of Downing College Cambridge 1995-2000.

He was the UK Government Chief Scientific Adviser, 2000-2007, the Foreign Secretary’s Special Representative on Climate Change, 2013-2017, and Chair of Future Cities Catapult, 2012-2016. He has travelled widely to persuade all countries to take action on climate change. He initiated an in-depth risk analysis approach to climate change, working with the Governments of China and India in particular, and initiated a collaborative programme, now known as Mission Innovation, to create a £23bn pa research and development international exercise, which involves 22 countries and the EC, to deliver all technologies needed to complete the transition into a fossil-fuel-free world economy.

He was born in Durban, educated at St John’s College Johannesburg and at Witwatersrand University, graduating in Chemistry and a PhD in physical chemistry. He has received 23 Honorary Degrees from universities around the world.

As Govt Chief Scientific Adviser he raised the need for governments to act on climate change and was instrumental in creating the British £1 billion Energy Technologies Institute. He created an in-depth futures process which advised government on a wide range of long term issues, from flooding to obesity. He was Member, the President’s Advisory Council, Rwanda, and Science Advisor to UBS, 2008-12.

He has published over 500 papers on surface science and catalysis and on science and policy, for which he has received many awards, medals etc. and 23 honorary degrees from universities around the world.

Elected Fellow of the Royal Society in 1991; Foreign Fellow of the American Academy of Arts and Sciences in 2002; knighted in 2003; made “Officier dans l’ordre national de la Légion d’Honneur” in 2009. 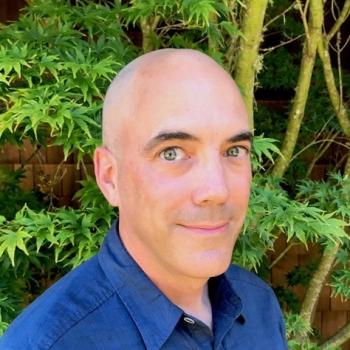 Rob Carlson is the Managing Director of Bioeconomy Capital and is an Affiliate Professor in the Paul Allen School Computer Science and Engineering at the University of Washington. At the broadest level, Dr. Carlson is interested in the future role of biology as a human technology. He developed new biological technologies in both academic and commercial environments, focusing on microfluidics and molecular information processing. Dr. Carlson has also developed a number of new technical and economic metrics for measuring the progress of biological technologies. Carlson is the author of the book Biology is Technology: The Promise, Peril, and New Business of Engineering Life, published in 2010 by Harvard University Press; it received the PROSE award for the Best Engineering and Technology Book of 2010 and was named to the Best Books of 2010 lists by writers at both The Economist and Foreign Policy. Carlson earned a doctorate in Physics from Princeton University in 1997. Additional writing and a weblog can be found at www.synthesis.cc. 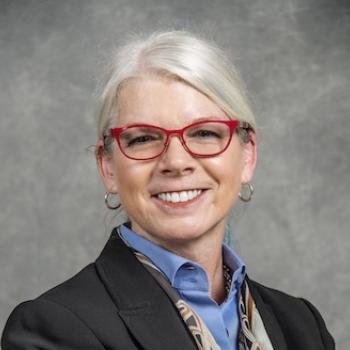 As Associate Laboratory Director for Biosciences, Dr. Mary Maxon oversees 650+ people in three scientific research divisions and the DOE Joint Genome Institute. She believes that cultivating talent and promoting inclusion are central to the creation of a successful work environment driven by a diversity of partners working toward shared objectives. Dr. Maxon was Assistant Director for Biological Research at OSTP under President Obama. Previously, Dr. Maxon ran the Marine Microbiology Initiative and co-developed California Science and Technology Policy Fellows Program for the California Legislature at the Gordon and Betty Moore Foundation. Dr. Maxon’s policy experience also includes drafting the intellectual property policies for the California Institute for Regenerative Medicine. Dr. Maxon received her Ph.D. from UC Berkeley in Molecular Cell Biology and did postdoctoral research in biochemistry and genetics at UC San Francisco. Dr. Maxon’s research experience also includes working in the biotechnology and pharmaceutical sectors. 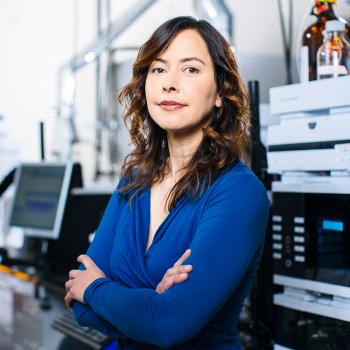 Dr. Smolke is a pioneer in the fields of synthetic biology and metabolic engineering. Her team led the breakthrough research to engineer baker’s yeast to produce some of the most complex and valuable plant-based medicines known to humankind, including the opioids, noscapinoids, and tropane alkaloids. At Antheia, her vision and leadership has enabled a synthetic biology platform that dramatically expands the diversity and complexity of molecules that can be reconstructed, enabling new possibilities for drug discovery as well as rapid, localized, on-demand drug manufacturing at scale.

Two days of inspiring talks, passionate debate, insightful questions and illuminating ideas from leading speakers and audience members will ensure that everyone leaves SynbiTECH Virtual 2020 better informed and able to take the synbio revolution forward. Business match-making opportunities and poster sessions are included as part of our new virtual platform and we invite everyone at SynbiTECH 2020 to take part.

Register for tickets now and join us at SynbiTECH 2020